Battle Writers group member Harold Lawrence has been featured in an interview here in the Hastings Online Times.  It’s been a busy few months for Harold, having recently donated £1,000 from sales of his book ‘At A Stroke’ to the Stroke Association. 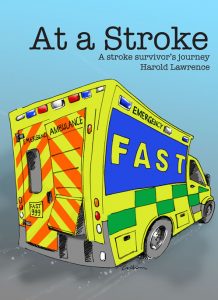 Battle Writers group member Harold Lawrence has written a book entitled ‘At a Stroke – A stroke survivor’s journey’ which is now available from Amazon.  Harold’s written the book to give a rare insight, from a patient’s perspective, in to the trials, tribulations and humour, associated with Stroke recovery.

Update –  the 3 winners went through to National stage and all were chosen as runners up.  A great achievement for schools in our area. We look forward to again joining with Battle Rotary for next years competition.

For the third year we have partnered Battle Rotary for a Young Writers Competition.

Over 47 pieces of work were submitted covering Juniors, Intermediates and Seniors.

3 Winners were chosen and at a prize giving ceremony held at Bexhill Academy Theatre held on Friday 16th March they were presented with their trophies and sets of books written by Jenny Hall a member of Battle Writers Group.  the heading this year was ‘A Different Perspective’ which was a very challenging heading both for the students and the judges.

The winners will now go on to the District and then hopefully National. 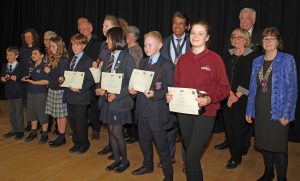 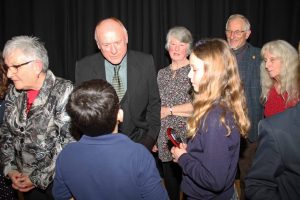 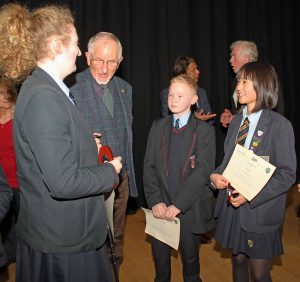 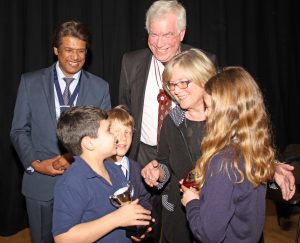 We once again joined with Battle Rotary Club to hold the 2017 Young Writers Competition.  This year the title was ‘Reflection’.As with last year the response was great with a lot of talented young people reading out their pieces which made it a difficult task for the judges to decide.The judging took place at Battle Memorial Hall on Friday 17th March; Judges being Brian Purdy, Lisa Harmer-Pope (Actor & Writer), Jonny Magnenti, & Roy Chapman, Chairman of Battle Writers Group.This years winners were Izzy Mitchell from Bexhill Academy (Intermediate Class) and Sophie Channon from Robertsbridge Community College (Senior Class) 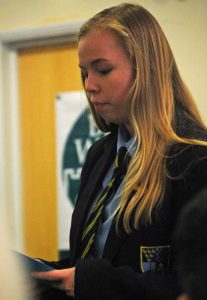 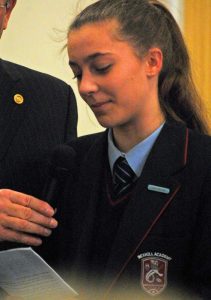 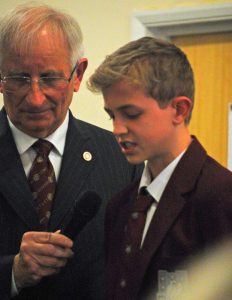 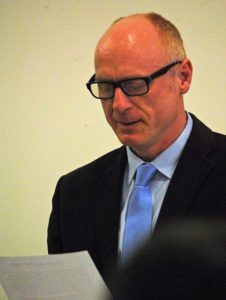 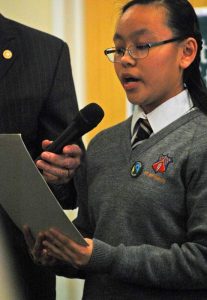 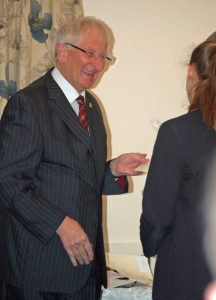 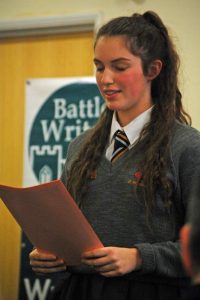 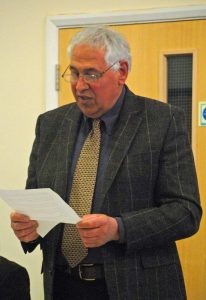 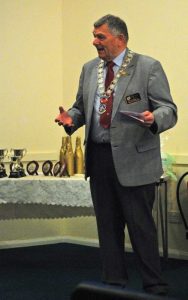 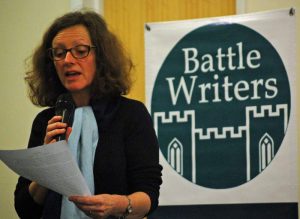 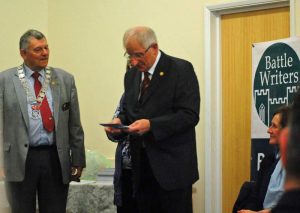 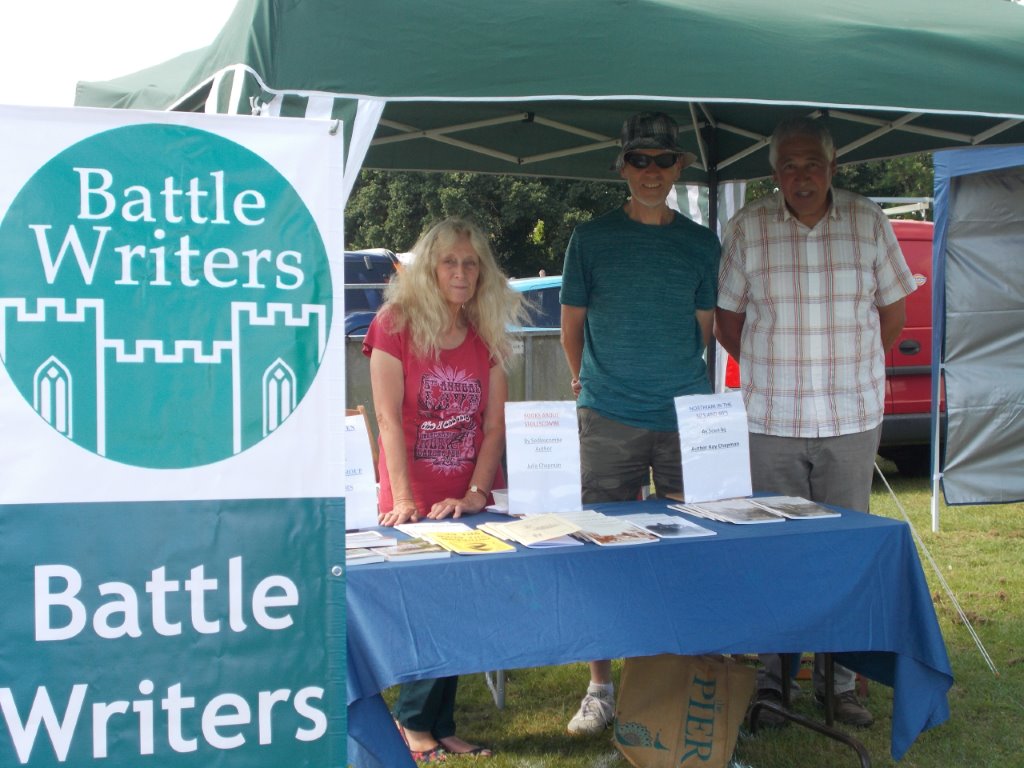 The members of Battle Writers Group enjoy lunch at ‘The Squirrel’ in the company of actor and guest speaker, Jonny Magnanti 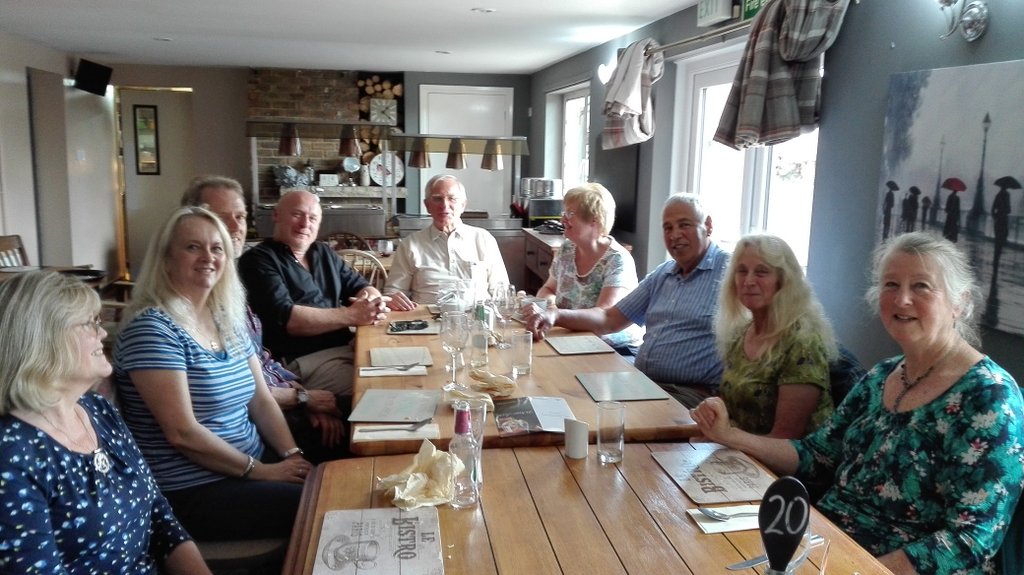 Trophies were sponsored by Battle Writers Group, and the winning authors received a set of Books donated by Jenny Hall.

The standard of the final entries was very high, and the authors read their own work to a packed audience which included The Mayors of Battle and Bexhill, The Chairman of Rother District Council and The Chairman of East Sussex County Council.

The winners were Ellie and amber from Battle Abbey.  All the finalists received Special Certificates and ever student received a certificate of participation. 200 students from all the schools participated. 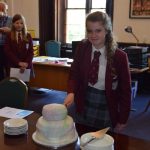 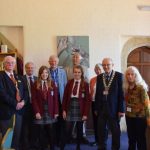 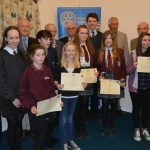 On Tuesday 3rd May members of the Group visited Charlotte Moore at ‘Hancox’, Whatlington; it was another very interesting visit this time looking around her garden and finding out that a lot of the ancient trees and shrubs were planted by her ancestors and that many had come from very famous gardens. She also talked about her books and publishing. Charlotte is a well known author and contributes to national newspapers and magazines.

At our meeting on the 5th July we will have a talk by actor Jonny Magnanti; followed by a lunch at the Squirrel Pub (our meeting place).

On Saturday 16th July we will once again have a stall at the Sedlescombe Fayre. This will be held in the afternoon between 2pm and 5pm in the sports field next to the river. There will be books for sale along with those produced by the Group.

Earlier in the year we, along with Battle Rotary held a Writing Competition for 6 schools in the area the two winners, who were from Battle Abbey School then went on to the district finals. 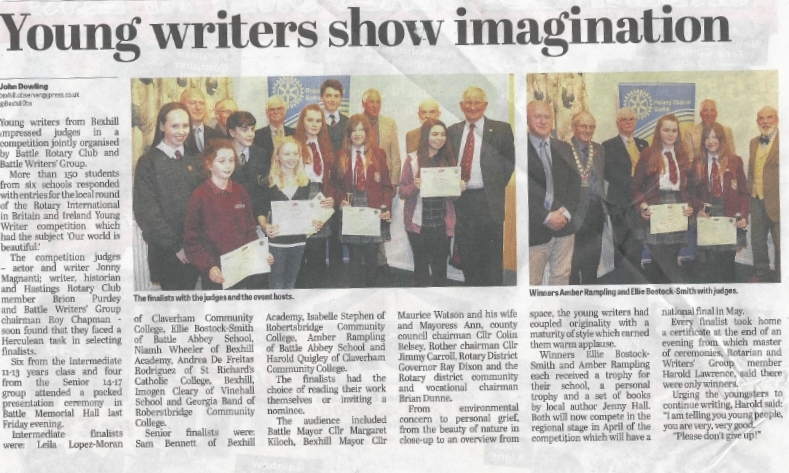